As everywhere else in the world, the suburbs inhabitants were a lot poorer than those of the fortified city. They suffered epidemics harder and, in the first place, the infamous Black Death. Between 1345 and 1354, the number of taxable homes is halved in Saint-Flour, 63% less in the suburbs. We can barely guess the human, demographic and economic tragedy it has been. And diseases periodically returned to the region until the 17th century. 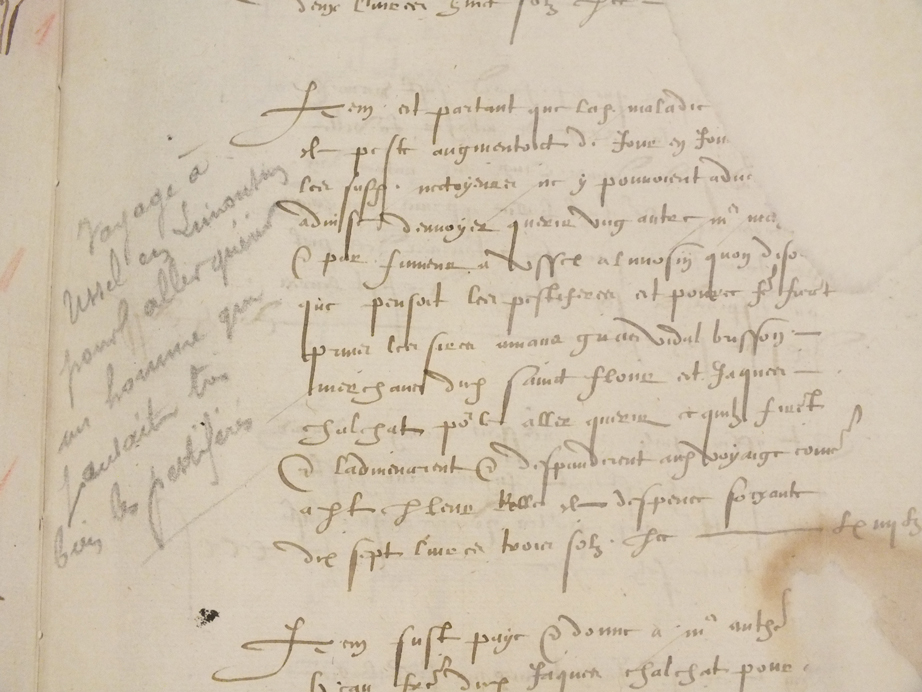 To the plague succeeded the war. The Hundred Years war. From the beginning of the 1350s, Saint-Flour was near the border with "L'Anglais" (the English kingdom then included the Guyenne, today south-west of France) and the fortified city became a strategic stronghold for the (french) kingdom’s safety. Alas for the suburbs, much less fortified, which will be the target of many attacks and will be the prey of flames and looting several times. Despite some periods of relative peace, the insecurity caused by the armed gangs that scourged the country will last until 1439.

At the end of this century of conflicts, Saint-Flour, which was a medium-sized town in the France of the 14th century, is bloodless and will never recover from the brake put on its development. siècle, est exsangue et ne se remettra jamais du frein mis à son développement.

Especially since the wars of religion affected of course the bishopric ... And that, several times again, the suburbs paid a high price and were ransomed, looted, burned to the ground.

In the Middle ages

Suburbs in the Old Regime