For millions of years, the Ander and the Resonnet have shaped the landscape we know. Not only did their erosion carved the basaltic « planeze », but their waters also conditioned human settlement, at least since antiquity. (Photo vue aérienne, légende : The confluence of the Resonnet and the Ander seen from the sky and the suburbs in 1948. IGN Coll. via Géoportail’s website)

Thus, among other trades, millers obviously settled near these rivers to enjoy a perfectly sustainable energy since the Middle Ages. In 1459, there were at least nine mills : La Vigière, Delprat, Delpetit, Des Roches, Massalet, Roueire basse, Roueire haite, Bos Saint-Flour and Fridières. (Photo jeux d’eau, légende : Here in the early twentieth century, the water reservoir on the Ander is used for aquatic events that attract an important audience.These gentlemen’s "canotiers" (hat’s name that means « boater ») are aptly named !)

Alas rivers also have their angers, often linked to those of the sky, and their "users" experienced many tragedies over millennia. The oldest (known) flood of the Ander took place in the 16th century.

That of 29 Thermidor of Year II of the Republic (August 17th, 1794) was catastrophic not by its human toll (at least one dead all the same) but by the destruction it engendered. (Photo Crue, légende : Rare photograph on glass plate of the October 1868’s flood. SFAM Coll.)

On July 21st, 1912, the Ander came so much out of its riverbed that the waters almost reached the road at La Vigière.

On July 20th, 1944, five children were rescued in extremis from the waves unleashed by two brave young men.

Finally, if the storm of 1999 remains in memories for its strong winds, in Saint-Flour, it is the Ander which, 5 m above its usual coast, worried most the authorities. 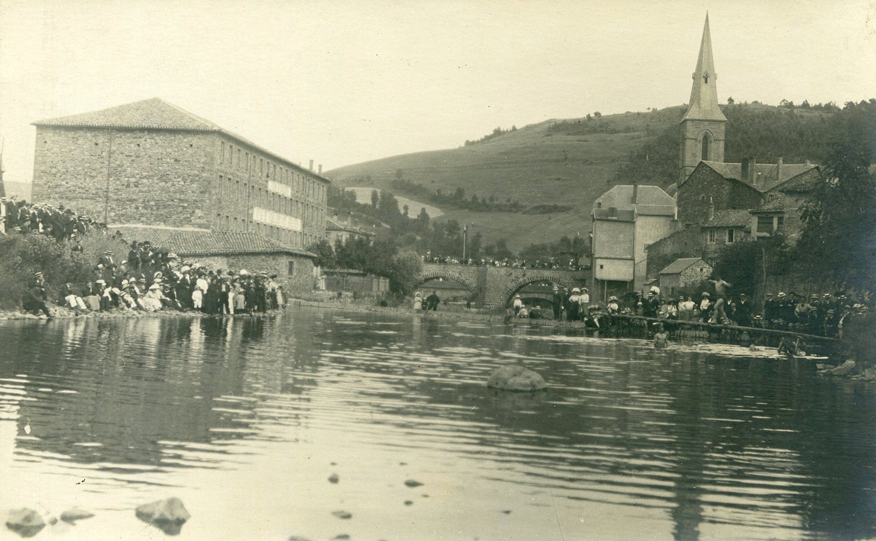 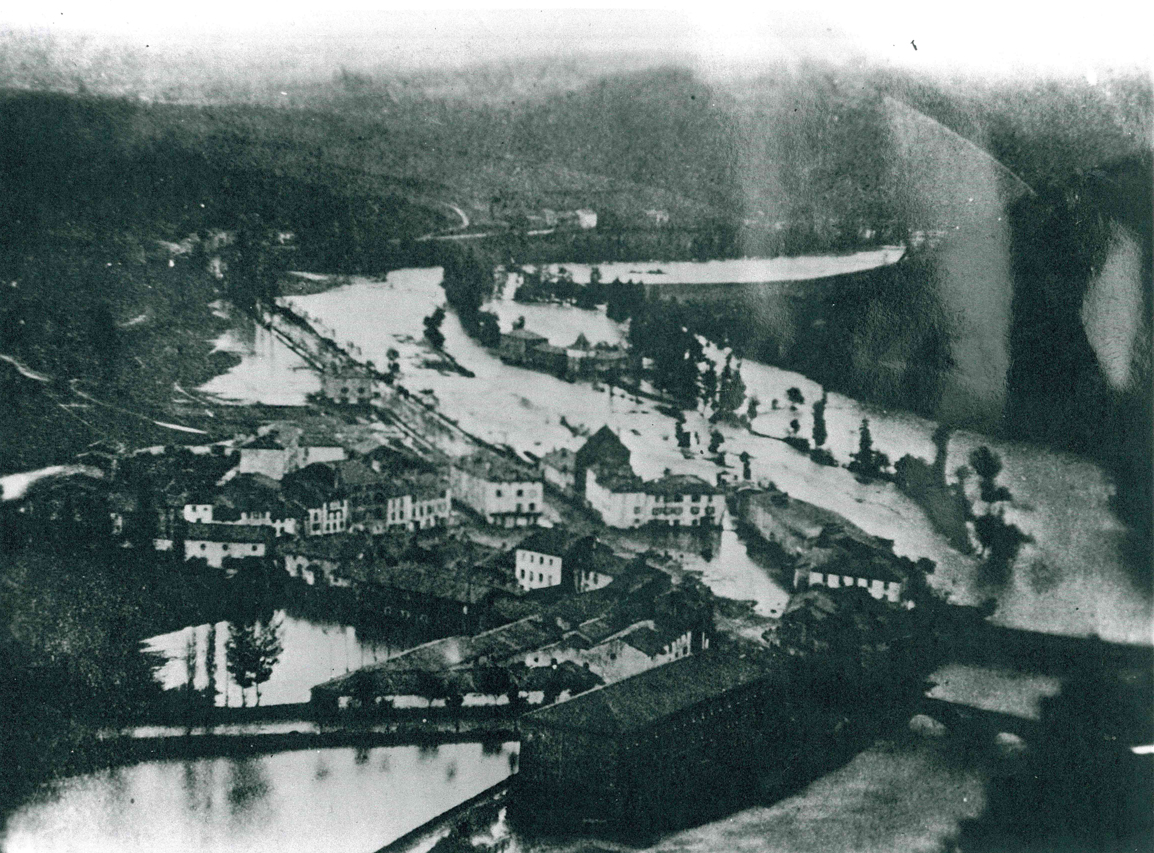 How the cult of Christine of Tyr, holy martyr of the third (or fifth) century, reached the suburbs of Saint-Flour is a mystery. Anyway, those are placed under its protection almost since their origin. We find a "St. Christine’s church" in documents of 1305. It was then the small chapel that bordered the bridge. From the sixteenth century, it is also found under the name "Cordeliers Chapel" since it had been integrated into the religious group (Franciscans) who had just moved there.

(Photo vitrail saint-christine, legend: In the Saint-Christine church, a stained glass window depicting the saint of the same name, AMSF Coll.) Confiscated during the Revolution and then returned to clergy during the Concordat, it became Sainte-Christine’s Church when the eponymous parish was officially created in 1802. However, it turned out to be too small for the people of the suburbs and the inhabitants called for the construction of a more appropriate place of worship.

In 1853, the new church opened its doors (even if poor workmanship will lead the entrepreneurs to lots of legal and financial troubles). (Photo Place Odilon, legend: In the background Odilon of Mercœur’s square and Saint-Odilon’s boarding school, further Sainte-Christine’s church, SFAM Coll.)

In the Middle ages

Suburbs in the Old Regime